The Mediation and Family Counseling Group is aware that all involved family members are effected by divorce. Children are impacted by a fractured family system, many women lose their financial security and protection, and men suffer with loss of family. Does everyone talk about it? Not always, the following article offers:

6 Reasons Divorce is Harder on Men than Women 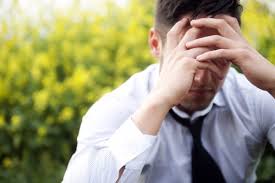 In fact, a husband may have much more to lose in terms of both health and happiness in a divorce than his wife; let’s look at some of the reasons why this might be.

Divorce is one of the most stressful things that can happen in life and only more stressful than the death of a close friend or family member. The person you are losing in the case of a marriage dissolution has been your partner and in your life for a long time and grief is a natural feeling. When men skip the grieving period, they feel at a loss, as their plans are derailed, goals and dreams are changed, and the life plan will differ substantially.

Women take time to grieve, which is a healthy emotion and much needed to move on. Women will also seek professional help or help from family members when they divorce to aid in their emotional state. When men bottle up their emotions, it can result in massive depression and anxiety.

Men experience more health problems in the process and after a divorce. The most common health problems include weight fluctuations, depression, anxiety, and insomnia. Men also have the added stress of handling all the finances and identity loss, which makes them much more susceptible to both stroke and heart disease. Men are also more likely to self-medicate with alcohol and drugs than women are instead of seeking therapy as women do in stressful times.

When married, wives usually try to encourage healthy behaviors of their spouses. This can make men more dependent on the women. When men are depressed, they talk to their wives, whereas when women are depressed, they often choose to speak with a professional, friend or family member. Men are just not accustomed to seeking out emotional support from others that aren’t their spouse.

When couples are together, they identify as being a wife or husband and this is a large part of who you are. The marriage status is one of the critical factors in self-identification and how others view you.

Husbands, when going through a divorce, see themselves as no longer being half of a partnership, whereas women are more likely to pick up new activities and join groups during the marriage than men do. This allows women to have a social connection that can still exist after a divorce. Men don’t get involved in new activities after a marriage dissolution.

Since men don’t take the time to grieve correctly, they don’t want to be alone after a divorce and will most likely rush into a new relationship right away. In this manner, they can meet someone new and suppress all their feelings and disappointments with the failed marriage. This can lead to troublesome relationships.

On the other hand, women take time out to grieve and examine their emotions. Women will also take their time before entering a new relationship, making a future relationship stronger. Women are also more likely to not rush into something new because face it, who wants to feel like they are back in high school with all the uncertainties of those relationships.

Divorced women are much less likely to remarry than divorced men. If you notice, online dating sites have a large excess of men over women. Many women with children that divorce doesn’t want to enter into another relationship after the first wasn’t successful for fear of a new relationship not lasting either.

More often than not, after a divorce, the mother ends up with child custody. This will leave men only seeing their children on a custody schedule and not on an everyday basis as they did when they were married. Men will feel like they aren’t a part of the children’s lives anymore because they miss the big baseball game, parties or other events that still exist. Men don’t appreciate calling their children to find out what’s going on.

Women, on the other hand, are still a significant player in the children’s lives if they live with their mom. Most often, the mom will feel fulfilled and distracted from unproductive feelings because the children are with her and she interacts with them on a daily basis.

Breakups are hard for both men and women, but most women are better able to cope with their feelings and move on after grieving than men do. This is likely due at least in part to the fact that women tend to have much better support networks in place – close friends to talk to, grieve with, and receive comfort and encouragement from – and they are more likely to seek therapy than men. Women have been shown to have a slight decline in physical and emotional health, but the same effects are much stronger for men, as they don’t seek psychological help in any manner.

Women are also shown to come out stronger after a divorce, while men may try to move forward and never overcome the anguish it has caused them.

Women initiate divorce more often than men (according to Stanford sociologist Michael Rosenfeld, 69% of divorces are initiated by women), and studies have shown that marital happiness is typically higher for men than for women1. Other studies have demonstrated that divorce is associated with worse mental and physical health for men than for women2; in fact, men are more likely to consider suicide after a separation than women3.

So it may be in your best interest as women to give your ex-husband a bit of a break for your children’s sake. Most likely, your kids will still want to spend time with him, and this can help him immensely with health and relationships in the future. If men feel like they failed at the marriage, it can hone their paternal skills to spend time with the children and even re-install the needed sense of belonging and providing for the children.

Next 2020 The YEAR of transformation
Previous MARITAL LAW ?Mediate vs. Litigate